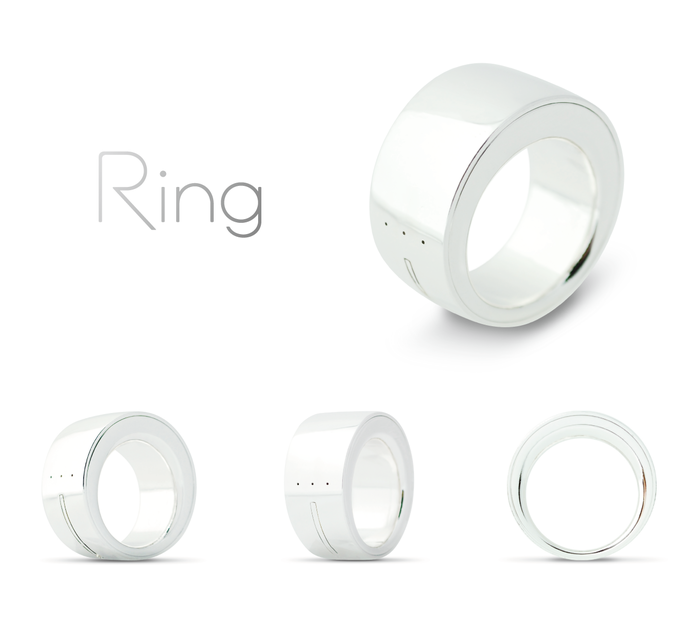 There was once a rumor that Apple would actually use a ring device for input to an Apple television. Neither of those gadgets exist yet, of course, but Ring is a Kickstarter project trying to fund a finger-based wearable that could enable the kind of controls envisioned in that Apple flight of fancy.

The Ring is a hardware device that resembles an ordinary (if slightly chunky) ring, filled with sensors and electronics to give it the ability to control devices and render input. It can enable gesture controls, of the kind you’d get with a Wii remote, for instance, as well as text input by drawing letters in the air, gesture-based authorization for finalizing payments, and transmit alerts from connected devices via a built-in vibration motor and onboard LED.

check the video HERE. More Pics in the MORE section below